The High Sierra mountains around Yosemite Valley, California, with their snowcapped granite peaks, and thundering waterfalls, have provided a lifetime of musical and spiritual inspiration for Adonda Records’ singer and songwriter, Rich Price, The Singing Sierran.

The first album, “Spirit of Yosemite,” was produced by multi-talented Harrison Tyner, Nashville music/TV industry executive and owner of Adonda Records of Nashville®, along with eight-time Grammy Award® winner and former RCA engineer, Tom Pick. They brought together some of Nashville’s most notable musicians, such as: Country Music Hall of Fame members, Harold Bradley and Charlie McCoy; Musicians Hall of Fame member, Jimmy Capps; Joey Miskulin of Riders In The Sky; Andy Reiss and Brad Albin of The Time Jumpers; and famed Nashville musicians David Smith and Bob Mater. The background singers were former members of the legendary Jordanaires: Michael Black, Curtis Young, Gary Pigg and Ray Walker.

“In Nashville, everyone says, ‘It all begins with a song.’ In Rich Price’s case, it all began with several songs Rich wrote about the American cowboy. Rich is supremely qualified to write about cowboys, as he once lived the cowboy’s life. His songs bring to life all the things a cowboy sees, feels, and hears in his lifetime. They describe not only the daily happenings in a cowboy’s life, but vividly describe the western landscape, seen only by a cowboy. But, a song is not a song until it’s sung and Rich’s descriptive, mellow singing gives each song its own life. Rich gives an honest, warm delivery to each song. Working with Rich in the studio on these recordings was a pleasure for me and the musicians. Each song took us to a different time and place in a cowboy’s life.” (Harold Bradley)

“In my many years of being involved with Country Music I have yet to meet anyone who loves our music more than Rich Price. The artists and fans are like his family, the music is like a religion, with Nashville being the Holy Land. You will hear that passion on every track of this album. Rich’s producers, Harrison Tyner and Tom Pick, have gathered some of Music City’s all-time greatest session players headed up by Harold Bradley, along with members of the former legendary Jordanaires, to provide every song the highest level of professionalism. Congratulations to my friend and brother; I’m proud of you and this album.” (Bob Guerra)

“As I listen to the beautiful western songs on this album, I picture Yosemite Valley’s giant Sequoias pointed to the heavens, surrounded by majestic snowcapped granite peaks glistening in the sunlight. The words and music will take you on a journey into the High Sierras, where each song will draw you into a spiritual reflection of the peaks and valleys of life. As you listen to each song, I hope your heart will be stirred as mine was by the beauty of Rich’s singing backed by an all-star lineup of legendary musicians and backup singers. Enjoy.” (Byrne Newhart)

The second album, “Cowboy Songs,” was produced by Harrison Tyner and Tom Pick. Once again they brought together some of Nashville’s most notable musicians, such as: Country Music Hall of Fame members, Harold Bradley and Charlie McCoy; Musicians Hall of Fame member, Jimmy Capps; Joey Miskulin of Riders In The Sky; Andy Reiss and Brad Albin of The Time Jumpers; and famed Nashville musicians David Smith and Bob Mater. The background singers were former members of the legendary Jordanaires: Michael Black, Curtis Young, Gary Pigg and Ray Walker.

“Everyone who’s ever sent a postcard from a beautiful place has some measurable appreciation for the beauty of the photographs, the sentiments written to express that feeling they experienced on their visit. It’s what they want to share with those they care about most. But it’s a rare and unique experience to hear those stories told from a first hand, voice of a generation, living, talking, singing real life cowboy. Someone who’s ‘rode’ the trails to Texas, pondered life above the Timberline, and reflected under the Sierra Moon – it’s all right there in this Cowboy’s Face. But before you get caught in a dust storm, rest assured this cowboy’s journey includes a mighty helpin’ of romance. So what you hold in your hand is indeed the authentic, impeccably recorded masterwork of ‘The Singing Sierran’, Rich Price. It’s a fitting and timeless tribute to his beloved Yellowstone. His songs are about love and life, each one from a page of his unique trail riding and exuberant cowboy heart. Recorded and produced by some of the most legendary and oft recorded musicians and producers in Nashville, TN, this recording will find you drifting (like cowboys do) down the trails and back up the mountain again to breathe in the landscape as you ride along with Rich. Saddle up and enjoy the ride, and as Rich says, ‘may every trail you ride be filled with sunshine.’” (Gary Pigg).

“I can’t stop listening to Rich’s ‘Cowboy Songs’ album. For example, Timberline has the sound of a western movie epic. Arizona Sunrise, There’s A Table, A Cowboy’s Face, Cowboy and His Wife, to name a few, are sensitively performed. This CD, like his first, deserves to be placed among the ‘classics’. I keep hearing the colorful lyrics of Texas — the Jordanaires’ ‘Doo-Wop’ — the imposing shuffle beat with Harold Bradley’s rhythmic lead guitar.” (Byrne Newhart)

“Rich Price doesn’t like trends. He doesn’t follow the latest musical fads in an attempt to achieve instant fame. Instead, he plots a steady course through the Music Industry, singing about what he believes in. Rich Price has lived the life of a cowboy. As a horseback trail guide in Yosemite National Park, he and his horse have wandered over every byway imaginable. This is the life he loves, a life he knows intimately, and the life he sings about. Every song he sings is rich with the passion of a man who believes every word he utters, because it is his life he’s telling. It is his story. You can hear the sincerity and the authenticity in every word. When you listen to this recording, you will hear a master storyteller surrounded by a masterful group of musicians. When we recorded this album, it was a bit of magic. We were all transfixed by the imagery we were portraying, and I believe the listener will feel that same spirit.” (Andy Reiss)

“Rich Price, The Singing Sierran, captured the beauty of one of our national treasures, Yosemite Park, with his first album ‘Spirit of Yosemite’. This new release, ‘Cowboy Songs’, is all about the grander of Yellowstone National Park. If you love the outdoors, pure American Cowboy music and top notch vocals from a true troubadour, ‘Cowboy Songs’ from Rich Price is a must.” (Bobby Guerra)

Music became a lifelong source of inspiration when, as a child, Rich began writing songs and listening to artists such as Roy Rogers, Gene Autry, Hank Williams, Marty Robbins, Hank Snow, and later, Johnny Cash, Kris Kristofferson, and Willie Nelson. Rich’s songs appeal to a wide audience, because they are songs about life’s feelings that each and everyone of us experience, riding life’s many trails.

During college years, while he was attending the University of California, Berkeley, Rich was a professional singing cowboy at Yosemite National Park, California. For several summers, Rich sang and played his guitar nightly on open-air stages to national and international audiences of thousands, and then, each day, he would, as a horseback guide, lead trail rides to the tops of the mountain peaks surrounding Yosemite Valley. This singing cowboy also performed for the guests on Yosemite breakfast rides, and at Ahwahnee Hotel barbecues.

In June, 2014, Rich was honored to perform at the Yosemite 150th Anniversary Celebration, sponsored by the Yosemite-Sierra Visitor’s Bureau, and Ed Hardy’s Yosemite Natural Wonders Organization at Oakhurst, California.

In the year 2000, and again in 2002, The Singing Sierran, and his band, The Sierrans, represented the United States in Beijing, China, at the annual Beijing International Cultural Tourism Festival at the invitation of Director Li Jicheng.

At this gathering of nations, the largest of its kind in China, Rich Price was warmly received by enthusiastic Chinese audiences, in and around the cities of Beijing and Wuhan, for this musical ambassador’s style of country and western music. Because of the friendship that developed between Rich and Director Li, and due to the extraordinary, enthusiastic reception of this American cowboy by the thousands who attended the festivals, Director Li extended an open invitation to the Singing Sierran to return to China.

Rich is proud and thankful to have visited with some of you nationally and internationally, and is grateful for the many friends within the industry that he has made along the trail. Friends at the San Francisco country music stations honored Rich by asking him to perform on one of their Listener Appreciation Night Concerts that starred George Strait, and Rich is also grateful to have been asked by other industry friends to perform his original songs at the Bluebird Cafe in Nashville, as part of the Americana Music Conference.

Rich is also proud to have served twelve years as an Officer in the Intelligence Branch of the U. S. Army, where he became a Major.

See the Singing Sierran on etv.tv 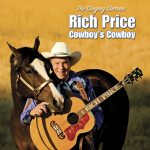 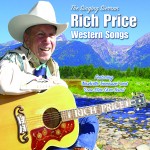 Now available at Amazon and iTunes. 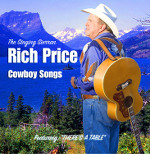 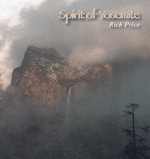